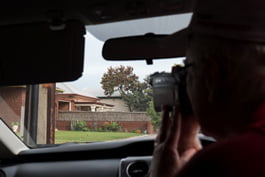 Is The Involvement of Private Investigators in Matrimonial Break-Ups Becoming a Thing of the Past?

According to recent press reports, based on information from law firms specialising in Family Law, it would appear so. Apparently, the increasing use of social media and other internet services has made it much easier for suspicious spouses to track their partners’ clandestine activities for themselves without the need to pay for the services of a third party.

It seems that the upshot of all this d.i.y.  surveillance is a 49% reduction in the number of divorce cases that involve the employment of a private investigator.  Of course, that does not mean a 49% overall reduction in business for private investigators. As we have seen previously, matrimonial investigations are only one of the many different types of work undertaken.

Indeed, it is probably true to say that for most reputable detective agencies, such as EJM Investigations, messy matrimonial disputes are some of their least favourite cases. They frequently involve acrimonious and often tearful encounters and often, neither side is completely innocent! As any police officer will tell you; in domestic disputes, the bobby trying to help usually ends up suffering at least verbal abuse, from both sides! One of the two principal professional associations which set standards for the industry, The Association of British Investigators, states that it does not encourage its members to accept marital infidelity cases.

Fortunately, the loss of much of this kind of work leaves investigators with increased capacity to take on more work for the corporate world where emotions are rarely involved. This does mean that the private investigator needs to have or to acquire a thorough working knowledge of business methods and practices, accountancy, commercial law and ethics.

So maybe losing out on what many would see as the slightly sleazy end of the market will prove to be good for the profession. The increased need for proper training may even hasten the introduction of legislation to regulate the activities of private investigators and all reputable agencies agree, that cannot come soon enough!

We have a team of experienced private investigators that can work within the local areas of Liverpool and can provide a number of detective services for both the private and corporate client. So, if you are St Helens based or nearby; we can assist you.