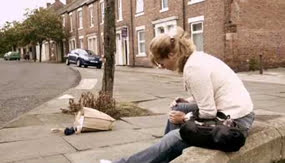 According to the adverts you can now see anywhere, making a claim for injury that’s not your fault is a piece of cake. And in the modern world, where so many are looking for shortcuts to big money, it’s not surprising that false claims are often made. One of the easiest targets? The local council.

That’s because the council own so much – roads, footpaths, office buildings and more – and the potential for injury to the public is therefore increased. So too, therefore, is the potential to fake or exaggerate said injuries.

Never mind the fact that council budgets are stretched enough already without having legal cases to fight and huge settlement fees to pay – if there’s a quick buck to be made, you know that someone out there will chance their arm, in the hope of a fast settlement where a council aims to avoid a costly battle in court.

So, what can a council do, to prevent widespread scamming and massive hits to their finances? Hire a private detective to blow apart the false claims.

A skilled private detective has many tools and methods at their disposal to show that evidence has been faked, and injuries overstated. Not only can they help to completely undermine a case brought against a council, but they can collect enough evidence for a counter-action.

This then acts as a deterrent – no suspicious law firm is going to try and encourage people to act against a council that they know will fight back, if no real injury exists. As soon as one case has been torn apart by the evidence of a private investigator, you’re unlikely to see further false cases brought.

If you work for a council and want to find out how EJM Investigations can help you to fight an injury claim you believe could be false, or you want to know more about the other services we can provide to councils, just give us a call on 01772 334700.

We provide private, corporate and local council private detective work in Lancaster and other areas within the Northwest Region.