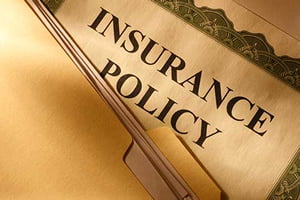 Because all too many people have come to regard insurance companies as “fair game” when it comes to making a spurious or exaggerated insurance claim, the insurance industry has to use every means at its disposal to defend itself. In doing so, it is also defending the majority of honest policyholders against ever increasing premiums. After all, insurance companies are in business to make a profit. When outgoings i.e. sums paid in claims, increase dramatically, from premium income has to increase sufficiently to stay ahead. It’s hardly rocket science!

If the number of unjustified claims could be reduced to zero, increase in premiums could be much close to normal inflation. In the real world of course that would be unachievable, but any reduction that can be achieved has to be worthwhile. So how do the insurers of our homes, cars, health and Heaven knows what else, fight this growing menace?

All insurance companies have dedicated in-house claims investigation departments who are very good at what they do. However, in recent times, the sheer volume of suspect claims has outstripped their capacity in many companies. So, the company outsources much of this work, to private detectives, who else?

For many private investigators, as divorce work has all but disappeared, insurance fraud investigation has expanded. The Police can and frequently do successfully prosecute serious cases of insurance fraud when hard evidence is produced to support the complaint. Gathering such evidence is where the private detective agencies come in to the picture. Police forces simply do not have the resources to follow people around day in, day out, recording what they get up to, but that’s usually what it takes to get the necessary evidence.

Increasingly, these fraudulent claims come, not from some individual trying to make a bit extra by taking a chance on their claim not being investigated, but from professional criminals who go to considerable lengths to fabricate claims, or charge a lucrative fee to help others to do so. We’ve all heard about staged road “accidents”, resulting in exorbitant claims for injuries such as whiplash.

The consequences of being injured in an accident at work can be horrendous. They can also be faked or exaggerated by unscrupulous people for their own ends. A man who had claimed for serious and permanent back injuries at work was seen heaving paving slabs around with no trouble at all. Usually, these stories turn out to be true. What we don’t hear about are the cases where the investigation proves the claim is genuine and proportionate.

When they hear about private detectives following people around; many people worry about invasion of privacy. Arguably, it’s the fraudsters people should be blaming, not the insurers, who in protecting themselves are also protecting the rest of us.

If you suspect insurance fraud and live in the areas of St. Helens, Birkenhead and nearby; our private detectives in Liverpool can find out the truth on your behalf.