This week, a student from Oxford University who was awaiting trial for rape has had his charges dropped just before he was due in court. The reason? New evidence that was uncovered which supported his case, which caused the prosecution to withdraw.

This is the fourth such case in the past couple of months where new evidence has caused rape cases to be dropped at the last minute. The consistent element across each story is that, had the police done their jobs better in the first place, then the evidence would’ve come to light sooner.

In any criminal case, to have a trial hanging over you for something you didn’t commit can be traumatic. For a 19-year-old student to be on bail for 2 years for as serious an accusation as rape could be devastating. Indeed even for the complainant, having to wait so long to have clarity on the situation, even if it means losing, can only be damaging.

Whatever your political viewpoint on the management and resources of the police in the UK, it’s clear that mistakes happen for one reason or another. Evidence isn’t disclosed that could have a serious impact on the outcome of a case.

So what can you do?

Appealing to the police won’t work. If they’ve not disclosed the evidence you think may exist, then as these cases demonstrate, they may not change their minds when pressured by a defence lawyer. But don’t be disheartened as there is hope. This is where a private investigator can step in.

A private investigator can review the prosecution’s case and, being experienced in these procedures, identify where there’s potentially been any errors or non-disclosures. They can then follow up with witnesses, addresses, locations and more in an effort to find that key detail which could swing the entire case.

There’s two reasons to cover the prosecution’s case. Firstly, there can be genuine human error where something is just missed. A fresh set of eyes – particularly someone who knows what they’re doing – can often uncover something that a busy prosecution or police service might’ve missed.

Secondly, and unfortunately, it can be true that police are often looking to build a case for a successful prosecution rather than remaining completely unbiased. This can lead to blind eyes being turned to something that might be crucial to the defence.

A reliable private investigator can even go one further. Rather than simply clearing the defence of an accusation, they may be able to identify further potential suspects that have been missed, or uncover evidence against a suspect that had earlier been cleared. This can only further speed up the process of getting the initial charges dropped. 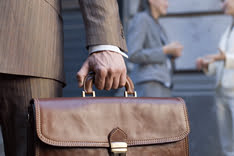 Whether you’re a desperate defendant or family member who knows that there’s an impending miscarriage of justice, or you’re a defence lawyer who needs help examining a case, EJM Investigations’ team of both ex-police detectives and (if preferred) investigators without a police background can assist in uncovering the truth.

If you’d like to know more about the criminal defence services we offer at EJM Investigations, you can visit our criminal defence page. Alternatively, give us a call to discuss your case – we can be reached on 01772 334 700.