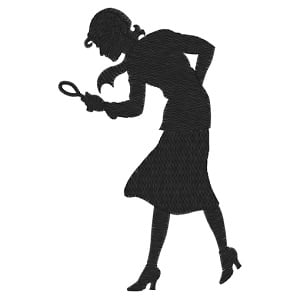 What’s So Great About Women As Private Detectives?

Quite a lot actually! The role of the private detective is one for which women are well suited and the time is right for them. The opportunities open to the 21st Century woman would have been unimaginable to her great grandmother and surprising even to her grandmother. From the beginning of time the world of paid work was almost exclusively a male world. There were exceptions of course. Domestic service always employed both sexes; farms had their dairymaids and following the industrial revolution, the cotton and woollen industries of Lancashire and Yorkshire depended on female labour. It was the two World wars that really kicked started the gradual change when women successfully took on the jobs of men who went off to war. Things reverted to normal after the wars but the seeds of change had started to germinate and today we no longer exclude fifty percent of the population from any career, even the armed forces.

That does not mean that men and women are the same. Setting aside the obvious physical differences, we are different in other ways. Our minds work in different ways and employing both sexes is the way to make the most of both. The work of a private detective requires an inbuilt curiosity and most women have that in spades! That is not meant to be sexist or disrespectful by the way. It is a gift that can be put to good use.

The term, “feminine intuition,” is bandied about as if it was something mystical. Well, maybe it is a bit, but mainly it comes from being interested in people, whatthey are doing, what they are thinking and feeling. Women are far more likely than men to have that interest naturally. They are much better at chatting, making small talk if you like, and most of all at listening and taking in what other people are saying. They also seem to have the knack of hearing what the other person is not saying and interpreting what is left unsaid, which can be even more informative.

Women are less inhibited about chatting and gossiping than most men, they will strike up conversations in bus queues, shops, anywhere. Ever noticed the way that in pubs, restaurants and such places, if one woman goes to visit the “Ladies”, at least one other in the party will go with her? That’s one place they can chat out of the earshot of men.

Women find it much easier than men to change their appearance. A change of dress style and hair style (even if it’s a wig) and you have a different woman. They have so much variety available to them whereas men are much more limited in what they can do.

All of this means that women private detectives have some in-built advantages over their male colleagues for certain types of work. Well trained women and equally well trained men working together make a most formidable team.