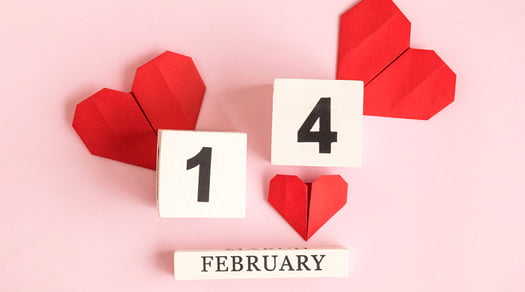 What has Valentine’s Day to do with private detectives? It is second only to Christmas as the biggest annual occasion for cards and gifts. Private investigators are human beings with families and they do have lives outside of their professional activities. So, let’s agree that private enquiry agents can be susceptible to romance just like anyone else but why do we celebrate the idea of love and romance in the middle of February? Is it just because it’s a pretty dismal time of the year and needs something to raise our spirits or is there more to it than that?

There is indeed. It seems that it all dates back to the days of Ancient Rome. The Romans were pagan and had a fertility festival that they held in what equates to mid-February in our calendar. They called it Lupercalia and on that day people took to the streets stark naked. It sounds like quite a fun day as they ran around spanking the posteriors of young women using leather whips.. Presumably it would have been the young men who did the spanking. History doesn’t reveal whether the women appreciated the attention or not! Apparently the idea was that it enhanced their fertility. That was the excuse anyway.

When the Christian Church became the dominant religious force its leaders recognised the value of the pagan festivals which gave the populace breaks from their backbreaking labours and took them over. Of course they made them what they considered respectable, put a stop to all that running around naked and bottom slapping and so on. Besides, that may have been fun in sunny Italy but February in Britain? Perhaps not!

In AD 496 the Pope, Gelasius by name, officially established 14th February as St. Valentine’s Day and so it has remained ever since. But where did he get the name from? It seems there were at least two early Christian martyrs, probably more, all with the name of Valentine, who died for their faith on that date. It seems an odd coincidence, but even then there was probably no-one left around to argue. Besides, challenging the Pope’s statements would have been a terrible career move!

When King Richard II got engaged to Anne of Bohemia in 1382, Geoffrey Chaucer wrote, “For this was on St. Valentine’s Day, when every bird cometh to choose his mate.”

It was a Frenchman who is credited with sending the first ever Valentine card. Actually it wasn’t a card as we would know it, just a note, from the Duke of Orleans to his wife when he was incarcerated in the Tower of London. In it he describes her as “My very sweet Valentine”.

By the time Shakespeare wrote ”Hamlet,” in the early 17th Century Valentine’s Day was apparently well established in England as he mentions it in Ophelia’s lament. Since then it has continued to grow in popularity and significance to become the high point of the year for every business that sells flowers, chocolates and greeting cards.

The fact remains that Valentine’s Day still brightens people’s lives at a dismal time of the year and helps to remind us that winter is nearly over and spring is just around the corner. Surely that alone is worth celebrating!