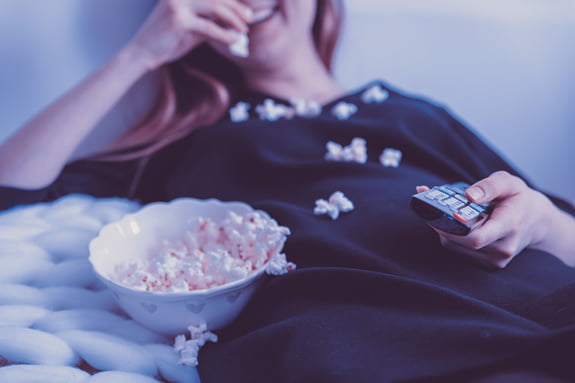 If you’d asked us last Christmas what we’d planned for the year, we couldn’t have imagined how 2020 would pan out. This year has taken us all by surprise, but amongst the confusion we can still rely on the comfort of Christmas traditions. This is the time of year for walks to see Christmas lights, over-indulging on chocolate (if you haven’t already been doing that!) and dressing up in bright festive jumpers. It’s also the best time of year for huddling around the TV, wrapped up in blankets, enjoying a good movie or TV show.

If you’re a bit bored of the same old Christmas stories, why not break tradition just a little bit? Here’s our guide to the Top 10 Private Detective Movies that could keep you glued to your screen this festive season:

If you love slapstick comedy, how can you go wrong with Jim Carrey? Ace Ventura is an animal detective, so it’s his job to find an abducted dolphin in this 1994 film.

As you might expect, this movie involved a lot of Jim Carrey’s quick-witted improvisation. Carrey said that he wanted Ace Ventura to be ‘unstoppably ridiculous’. The result is a wild and lighthearted movie that you can relax with this Christmas.

Another comedy film, Who Framed Roger Rabbit is one of Disney’s most unusual outputs. Released under Touchstone Pictures, and directed by the incredible Robert Zemeckis, this film starred legends such as Christopher Lloyd and Bob Hoskins. It beautifully combines live action with cartoon animation, and was so far ahead of its time when it was first released in 1988. Even today, this is a film you won’t want to miss.

The Long Goodbye is a thriller that tells its fascinating story from the perspective of Philip Marlowe, a private investigator. Marlowe helps a friend cross the Mexican border late at night, only to discover – when he gets home – that his friend’s likely murdered his own wife. This movie progresses with twists and turns as Marlowe, refusing to accept the obvious answer, works to find out the truth.

A 1941 film noir, The Maltese Falcon tells of a falcon statue and those that want to get their hands on it. This priceless ornament is at the heart of a much bigger story. The film stars Humphrey Bogart in the lead role, as PI Sam Spade, and is considered one of the greats.

Humphrey Bogart again features in this 1946 detective film. This time, he’s playing the part of Philip Marlowe – the same private investigator featured in The Long Goodbye. Both films are based on novels by Raymond Chandler. The Big Sleep Bogart (and Lauren Bacall) was first released in 1946, but an earlier cut was restored and released in the 1990s. Film fans might like to find time to watch both and compare them.

Starring Jack Nicholson and directed by Roman Polanski, Chinatown tells its story through the eyes of private investigator J.J. Gittes. What starts as a simple affair case, quickly becomes a multi-twist investigation involving a reservoir, an uncomfortable family story and – of course – both romance and murder.

A more modern detective movie, Kiss Kiss Bang Bang was released in 2005. It has many reminders of the old classics, yet stars the big names of today including Robert Downey Jr. And Val Kilmer. This comedy tells the story of Harry Lockhart, an accidental actor that’s hired to play the role of an on-screen PI. Real private investigator, Perry van Shrike, is hired to teach Lockhart how to play his part well. Soon, Lockhart and van Shrike are wrapped up in a real murder investigation.

If you want to watch something even newer, why not try the 2019 movie Knives Out? This whodunit movie features a very impressive cast including Jamie Lee Curtis, Chris Evans and Daniel Craig to name just a few. Critically acclaimed and hugely successful, Knives Out tells the story of a family party that ends in the death of 85-year-old Harlan Thrombey (played by Christopher Plummer). Lots of people had a motive, so who is actually to blame?

Directed by Francis Ford Coppola and starring the likes of Gene Hackman and John Cazale, The Conversation is a film about surveillance expert Harry Caul. Caul himself is overly paranoid. He knows a lot about surveillance and does all that he can to make sure he’s never on the receiving end. Soon, Caul’s cautious nature has him wrapped up in a potential upcoming murder. Soon, Caul is being watched and listened to as he attempts to uncover the answers he’s searching for.

We might be cheating a little with our final choice, but you’ve probably got the time this Christmas!

Jessica Jones isn’t a movie, but a series available on Netflix. As it’s from Marvel, you might have predicted that all’s not exactly as it seems.

Investigator Jessica Jones is actually a former superhero. Though she wants a more ordinary existence, Jones is soon haunted by her past as villain Killgrave (played by David Tennant) comes back into her life. Killgrave can control minds, making his victims act out his every whim, meaning that Jessica Jones can’t get the break she really wants.

Do you have a favourite private detective movie? Does it features on our list? Whether you want a dark and twisting mystery or a fun family film, we’ve hopefully got you covered with our Top 10 list.

Private detective movies might be just for entertainment, but there are also similarities with real cases and the way that detectives do their work. Of course, most cases are far less dramatic in real life! If you need a real private investigator, to uncover the truth about an affair or help you find a missing person, our Preston based private investigators will be happy to take your call.

We’re available on 01772 334 700. Call for discreet private investigation, without all the lights and cameras.