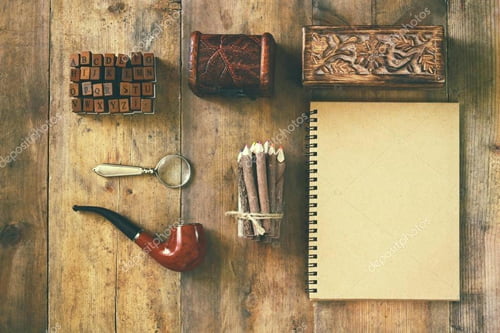 Private investigators pre-date police forces as we know them by thousands of years. In fact in those early days those who were called upon to carry out investigations were also involved in espionage on behalf of their masters. We know this because, in the case of ancient Egypt and Sumer, archaeologists have found evidence of such activities.

Even the Bible mentions the use of investigators by Moses, on Divine authority no less! The Old Testament tells us that as the Children of Israel made their long and arduous journey towards the Promised Land, having escaped from slavery in Egypt, God commanded Moses to dispatch spies to Canaan to covertly find out all they could about this land flowing with milk and honey and report back to him before the Israelites arrived there. He chose the leaders of twelve tribes for this task. The full story can be read in Numbers 13 vs.1-33.

Historically, those holding power have increased and held on to that power at least partly by the employment of agents loyal to them. Their loyalty was usually inspired by substantial rewards and fear. A fine example in Tudor times was Thomas Cromwell, Chief Minister to King Henry VIII, who exercised enormous power in England by virtue of his network of spies, investigators and informers. However that only lasted until the King turned against him and he was accused of numerous crimes including treason and he was beheaded on Henry’s orders. Be careful who you accept as a client!

Queen Elizabeth1 apparently holds the record for the biggest network of spies, secret agents and investigators in history. When others are after the throne, a monarch feels the need for such networks in order to survive. Kings and queens were not the only ones employing people to gather information on their rivals. Generally these agents would be either directly employed by their principals or engaged casually as and when required. No one had yet thought of establishing investigation agencies. That didn’t come about until the 19th Century.

In 1833 that Eugène François Vidocq established in Paris, Le Bureau des Renseignments. As far as can be ascertained, this was the first private enquiry agency anywhere. The name translates into English as the Office of Intelligence. Vidocq had been a soldier, a privateer and, most significantly, a criminal. The saying, “Set a thief to catch a thief,” comes to mind! The men Vidocq employed were of similar ilk and several official attempts were made to close down the agency but without success.

It doesn’t sound like a very auspicious start to what has developed into an honourable profession but Vidocq introduced some methods which are still used to this day. Vidocq merits an article all to himself but that’s for another time.