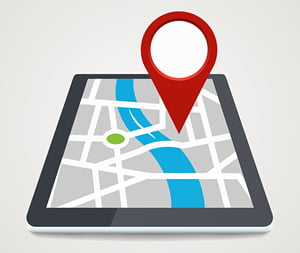 How careful are you with your location data?

If you’re amongst the millions of people that have downloaded Pokémon Go, then you will know a thing or two about how modern smartphones can track your every move.

Using GPS and WiFi location data, Pokémon Go works by allowing you to walk around the real world whilst chasing Pokémon – little virtual pocket monsters – on your Android or Apple device.

How safe is your location data?

The Pokémon Go app is monitoring your every move, whenever it’s switched on. It won’t be the only app that is doing this, either.

Potentially, this information can be used to build up a detailed record of your life – where you work, which shops you visit, where you live and when you’re not at home. It’s valuable information, and dangerous in the wrong hands.

Yet, this is data that many are willing to give away for the sake of a smartphone game.

Who knows where you are?

When you’re out and about, there are probably friends or family members that have a rough idea of your location.

Your wife might know that you are out at your local supermarket. Your friends might know that you’ve gone to a theme park for the day. Who you share that information with is entirely up to you. You wouldn’t tell a stranger that you were going on holiday for a week, but your brother probably knows.

Difficulties come about when we overshare our location information, posting a Facebook status and tagging the pub that we’re having dinner in, or using Facebook’s in-built feature that allows mobile app users to show in a ‘which friends are nearby?’ list.

As private investigators we deal with our fair share of matrimonial surveillance cases, which often involve tracking partners to find out if they’re meeting their ‘bit on the side’. This requires effort and skill, yet there are people (some fully aware, some completely unsuspecting) sharing their every step with a wide audience of friends and casual acquaintances.

Here at EJM Investigations, we believe that people want their private lives to be as private as possible. We’re discreet and professional in all that we do. We also act legally and responsibly.

If you need surveillance services that go far beyond what you can find out on Facebook, why not call on 01772 334 700?