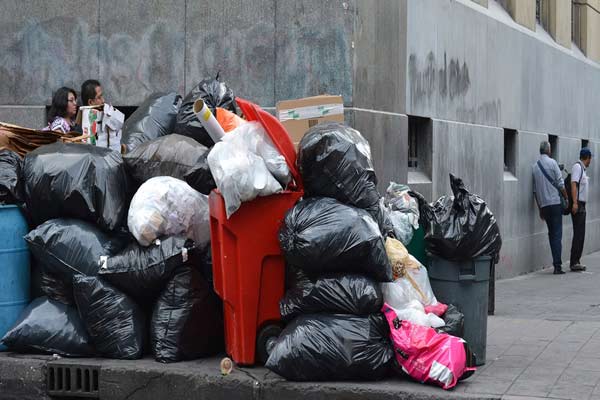 The winter period is one of the worst for fly tipping. On the run-up to Christmas, especially where people may be buying new furniture or appliances to get ready for the festive season, it’s not uncommon to see large items dumped somewhere in the street to make way. It’s not just bulky waste though, as bins get fuller (both before and after Christmas) and so bags of rubbish are often tossed in alleyways or just left out in the open.

It’s a problem that affects many communities in the UK, but in Crewe a group of residents has had enough and has taken action to start documenting the issues via a Facebook group. The ‘Crewe Residents Against Fly-Tipping and Grot Spots’ group has almost 2,000 members and sees people posting photos and gathering evidence to make reports to the council.

They’re also working to improve the council’s procedures and hold them to account. Posts help to raise awareness around how the council is often just removing waste without making the effort to identify the culprits, which sees the problems repeated in future. It’s a very active group, with posts every couple of days usually, which is great for helping to tackle the problem but also shows how widespread the problem in Crewe is with fly-tipping.

How can a private detective help?

While it’s fantastic to see a community coming together online to help highlight and address the issue, it doesn’t provide a long-term solution. The public can’t be expected to investigate the source of fly-tipping and instead are only really able to capture photos and videos that show the rubbish once it has already been dumped.

That’s where the council can turn to specialist help instead. Hiring a private detective in Crewe is one way to ensure that popular fly-tipping spots are monitored, with legally admissible evidence gathered which can result in the fines and deterrents needed to stop repeat offenders and clean up the streets.

A good Crewe private detective will be able to use their experience to efficiently keep tabs on problem hotspots, without wasting the valuable council resources, ensuring that people can’t get away with throwing their rubbish into the streets.

While having such an active Facebook community is admirable, the responsibility is on the Cheshire East Council to tackle the issue, and a private detective working in Crewe can help to share the workload.

There are other ways that private investigators and detectives can support councils too – services include investigating potential benefit fraud cases and gathering evidence before court, or looking into license breaches for businesses in the Crewe area. EJM Investigations covers the whole north west and offers private detective services in Crewe for private, corporate and council clients. If you’re a member of the Cheshire East Council that covers Crewe and you want to know more about how we can help stop the fly-tipping problem, or support you on any other issues in the region, then give us a call on 01772 334700.