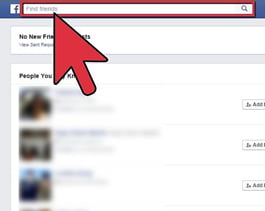 Spend five minutes on Facebook these days and you’ll likely see a series of similar posts. Baby photos, political memes and competitions are commonplace. Unfortunately, you’re also likely to see a shared picture of someone who has gone missing.

It’s unsurprising. People go missing more often than you think, and Facebook’s massive network, for better or worse, makes it easy for content to be shared. So, you’ll often see shared pics of a missing person (or pet) as people turn to social media in hope.

Sometimes this’ll work. More often, it’s not enough. People will see the photo, share it themselves and then never pay it another thought. If you want to use something like Facebook to help find someone who’s missing, you’ll need the help of a professional.

A private investigator knows how to make the most of social media channels like Facebook to trace missing people. It’s not simply about putting a photo out there. It’s in exploring their activity online, and their connections, and finding out as much information as possible that could offer clues or evidence as to where they might be.

It’s also about putting the work in – going beyond Facebook to explore the leads that it throws up. Whether that’s still online but through other channels, or getting out on the streets, a good private investigator is experienced enough to know what action is needed to have the highest chance of locating a missing person.

It’s worth remembering that Facebook and social media aren’t the only way to locate a person. What you want to know is that a private investigator will evaluate your situation and then identify the most straight forward, efficient method to hopefully be successful. Not only to keep costs down, but to find the person as soon as possible.

If you need help finding someone, call EJM Investigations on 01772 334700. Remember that not all trace enquiries are successful, but we’ll discuss your case with you.