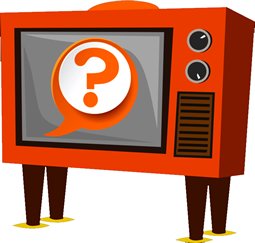 Dramas that feature private detectives are rarely missing from our TV schedules. Right now on BBC1 we have Strike in the evening and Shakespeare and Hathaway in the afternoon. Okay, the latter is presented as a mix of comedy and drama but it is still built around the idea of private detectives solving crimes which baffle the official forces of law and order.

That has been the theme running through all fictional private eye stories from Holmes to Hathaway and no doubt always will be. It is the backbone of the genre. Another common theme, though not universal this time, is the shabby, down at heel, hard drinking slob who has been booted out of the police service, despite being a superb detective of course, or who left the army under a cloud and who now lives a chaotic life, scratching a living as a private detective working from a slum of an office. Remember Eddie Shoestring?

Notable exceptions to this stereotype include Agatha Christie’s Hercule Poirot, immaculately turned out fastidious upper class gentleman and thoroughly professional. Then there are the unlikely detectives such as Miss. Marple from the same author, a refined little old lady living in an idyllic English village. Mrs. Bradley, a beautiful English Society lady is another, matched on the other side of the world by Miss Fisher a glamorous Australian lady.

The clergy are another group well represented among unlikely and certainly in their case, amateur, detectives. One might be forgiven for thinking that G.K. Chesterton really started something when he wrote the Father Brown stories but of course, he was nowhere near the first to write about priests, rabbis, imams and other clergy, solving crimes!

Many of us are familiar with the characters of Rev. Sidney Chambers of Grantchester and Brother Cadfael, not forgetting dear old Father Brown himself, from their adventures portrayed on television. However look beyond the TV programmes at the world of literary crime fiction and you find that the list of clerical detective characters of all faiths and denominations, from the earliest days of organized religion as we know it, right up to the present day, is almost endless.

All these fictional characters, amateur and professional, have one thing in common that sets them apart from their real-life counterparts. It’s not the slovenly appearance of so many of them or their sleazy offices. No, it’s the fact that they all spend their time solving crimes, usually murder most foul! Having cracked the case, they then hand the evidence to the Police who go and arrest the perpetrator. The Police Senior Investigating Officer is then suitably grateful for their help: Or maybe not!

The real life private detective is most unlikely to have any involvement in cases of crimes such as murder. The kind of criminal cases in which he or she may have some involvement are those involving fraud. In such cases the private investigator may be engaged to establish the validity or otherwise of the client’s suspicions that something fishy is going on within their organisation. The detective’s investigations may reveal that there is indeed fraudulent activity and may well pinpoint the perpetrator. That information will then be presented to the client, who then decides whether to inform the police or to deal with the matter internally. Not as exciting as the life of a TV “private eye” but then, real life seldom is!