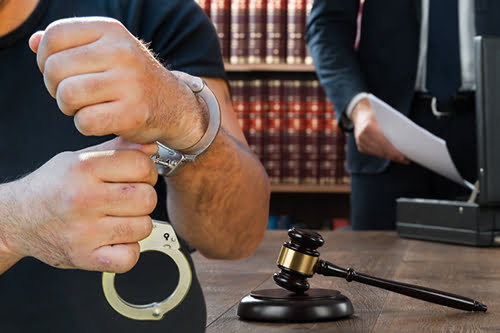 Private detectives are not just about gathering evidence of fraudulent behaviour or marital misbehaviour. When solicitors and barristers are engaged to establish a defence to criminal charges, it is to private investigators that they turn to bring their skills to the task of finding the evidence they need to support the defence case. The private detectives will use modern technology as well as old fashioned leg-work.

Ex police detectives form the backbone of most investigative teams working for defence lawyers. They come already equipped with the skills required to find evidence. It’s simply that now they are seeking evidence of innocence rather than guilt.

Police officers go over their case with a fine tooth comb to make sure it is watertight before passing it on to the prosecutors. Of course they are human, so errors and weak spots can still be missed. Being only human, it is quite possible for officers piecing together evidence of guilt to, quite unwittingly, overlook evidence of possible innocence.   Private detectives sift through the evidence all over again and it is surprising how often a fresh pair of eyes can spot what has been overlooked or is based upon wrong information.

The investigators will look for any new evidence that may not have previously come to light. It may be that a previously unknown witness will be discovered; someone who didn’t come forward before because they didn’t realise they had anything to contribute. The witnesses who have already been interviewed will be spoken to and it may be that, because the questions come from a different angle, memory will be jogged and a fresh picture may emerge. Such are the quirks of human memory!

Visiting the place where the alleged offence took place can also be productive. Sight lines can be checked. Did what the witness believes they saw actually occur within their view? It isn’t just memory that can play tricks. Imagination can get involved too!

When the case comes before the Court, any of this can help the defending solicitor or barrister cast doubt on the prosecution case. Remember, reasonable doubt is all that is needed. If there is any reasonable doubt then in English Law the accused is entitled to the benefit of that doubt.

It can happen that the evidence private enquiry agents working for the defence team turn up is sufficient to bring the proceedings to a complete halt. Review of the new information may be enough to convince the prosecutors that it would not be in anyone’s interest for a prosecution to proceed further. That will usually mean that all charges are dropped and the case never gets to Court. These are just some of the important tasks which private detectives perform for lawyers working in Criminal Law. There can be no doubt then that private detective agencies, like EJM Investigations for example, have a very significant rôle to play in the criminal justice system. On occasion, their investigations may even reveal an alternative suspect who turns out to be the true offender. It may seem like Father Brown meets real life but it can actually happen!