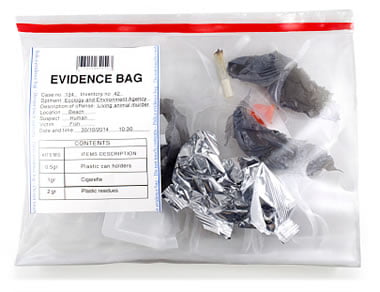 Criminal Defence: When Evidence Runs Out

Anyone can make an attempt to argue their innocence. But in court, it’s evidence that matters.

With lots of clear evidence, a verdict can easily be decided. When evidence is unclear, patchy or non-existent, troubles begin to arise.

In cases that can’t be quickly and easily resolved, there is often not enough evidence to make a clear decision.

Fresh evidence can be brought to a trial after it has already started. Sometimes, it’s enough to change the outcome.

It’s an important lesson not to give up, if things are starting to look hopeless.

Whilst you’re fighting your corner with help from your lawyer, a private investigator can be out seeking witnesses and finding other important information.

Fresh evidence during an appeal

Fresh evidence can be used as part of an appeal, once a verdict has already been decided.

Ideally, this is a situation to avoid. It brings additional complications.

The defendant should be sure that they could not have produced the evidence, with reasonable diligence, during the original trial proceedings. This might be because a document had been lost (not just temporarily misplaced), or a witness had not come forward.

Fresh evidence should be new evidence, not just evidence that has been added on to bolster the defendant’s argument.

If it could have been included the first time around, there is a chance that it could be rejected during the appeal.

The importance of thorough and timely evidence

In order to maximise the impact of any evidence, and ensure that it will be taken into account, it should be produced as quickly as possible.

If you think that there could be evidence out there, but haven’t yet had time to gather it, then you should hire a private investigator.

A private investigator can work to source the evidence for your criminal defence. They can find it when it matters most.

Fresh evidence can be introduced years down the line, but would you want to go through unnecessary suffering in the meantime?

For criminal defence, it is vital not to let the evidence run out until there are no stones left unturned. To make sure that’s the case, call EJM Investigations, private detectives serving Manchester, Wigan, Blackburn and more today.