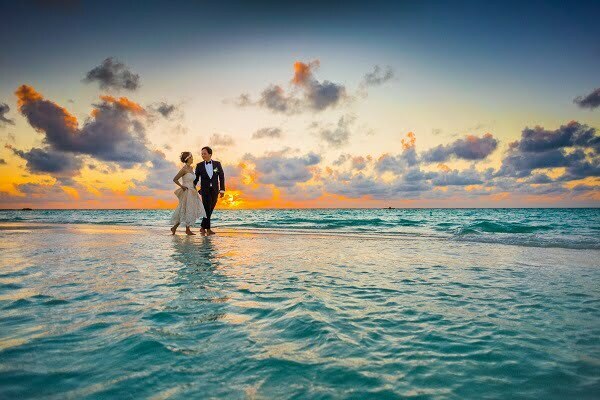 Wedding Season Worries? We Can Help

As we enter the spring months, we also reach the start of wedding season, which generally runs from April through to Autumn, although most weddings happen between June and September. That’s of course because of the chances of better weather, and the option to enjoy a sunny honeymoon.

This makes these months some of the busiest for private detectives who offer wedding-related services. There are a number of ways that a PI can help to put the minds of any concerned brides or grooms at ease, ensuring that the impending nuptials don’t have any problems – or that any problematic marriages are avoided before they’ve even begun.

Let’s take a look at some of the ways a private investigator can help to support you if your wedding is on the horizon.

It doesn’t matter how long you’ve known your husband- or wife-to-be, there’s going to be a time before you met where you don’t fully know their history. Unless you were childhood sweethearts, there was a time where your partner had a life before they knew you.

Now in most couples that’s not going to be an issue. But there are some people who might be trying to hide a secret past that they don’t want you to know about. Maybe they’ve got a history of debt that they’ve managed to keep hidden from you, or they might have even been married before. On really rare occasions they might even still be married, and hoping to get away with polygamy without formally ending their prior marriage.

These aren’t common, so we’re not for one moment suggesting that every person getting married needs to do an in-depth audit of their fiancé’s past life. But you may have concerns already. Maybe they don’t like to talk about what they did before they met you. Perhaps they do, but stories don’t quite seem to mesh, and there are inconsistencies.

If you have any worries at all, speak to our team. We can carry out some background checks on your partner to see if there are any red flags you need to be aware of. That way we either put your mind at rest and let you enjoy your big day worry-free, or we can bring something important to your attention that you’d want to know before signing the marriage certificate.

Maybe you’re too concerned about your partner’s long-term history, but more their short-term behaviour. What if your partner has started acting a little bit evasive, disappearing for longer stretches of time, and is generally acting suspicious?

You would hope that it’s because they’re planning an amazing surprise for you as part of your wedding. It could just be that they’re taking a bit of time to themselves because of cold feet. But what you want to hope is that they’re not getting any cheating ‘out of their system’ before the commit to you.

If you think there’s a chance that your partner is seeing someone else on the run up to the big day, let us know. We can arrange surveillance to track your partner and find out what they’re up to when they do go out, and let you know what’s going on. And if it does look like they’re behaving but planning a big surprise, we can leave it up to you whether you want to know more or not!

A little less common, sometimes you might not have a concern about your partner but their family’s history. Keeping the in-laws happy can sometimes feel like a full-time job, but if they’re being particularly difficult, or if you’re not sure on their own history, then it might be good to find out a little more.

The opposite could also be true – maybe you’re concerned you have some in-laws that are obsessed with your own history, and you’re worried they’re tracking you or carrying out surveillance on you. We could counter that, by doing an in-depth check of your car for a tracker for example, or following you to look out for signs of anyone else doing the same.

Most in-laws aren’t that bad really, but the option for support from our team is always there if needed.

For a few years, stag and hen parties really became this huge industry. Sometimes it would feel like as much planning went into them as the actual wedding. COVID has halted things a little bit with that and there’s a sweeping change in cultures too as younger adults are drinking less, but that doesn’t mean stag and hen parties have disappeared by any stretch.

What’s permissible at a stag or hen party is entirely between you and your partner, and how much you stick to your rules is important too. If you have certain expectations of your future spouse, and you’re worried they may break those rules, then a PI can carry out surveillance on the party and let you know what really happened.

In an ideal world, we’d all be able to be completely honest with our partners at every moment. In reality, if you turn to them just before you’re about to get married and say “I was worried you were cheating on me, or would misbehave on your stag/hen party, but I had a private investigator follow you and they told me everything was OK” they will still likely get a little bit upset.

So of course, with any wedding-related services we offer, discretion is absolutely key. Every activity we carry out will be done professionally and carefully so that your partner doesn’t ever need to know. That way, if everything does turn out to be fine, then you don’t have to worry about upsetting them.

Worried about your partner before your big day this year? It’s likely nothing, but peace of mind is a wonderful thing. Get in touch on 01772 334700 if you’d like to find out more about the ways EJM Investigations could help.