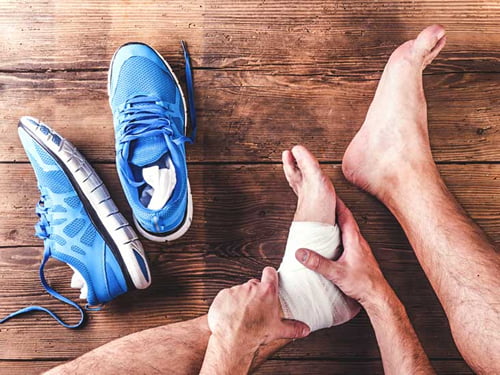 Fraudulent injury claims happen when someone claims that they were injured on your property, or as a result of your actions. They might do this to claim compensation, or a less formal form of goodwill.

Fraudulent injury claims are often a way to get money from insurance. People will claim that they’ve been injured by anything from potholes on the road, to being provided with the wrong equipment at work. Customers might claim that they’ve tripped over a loose paving slab, slipped on an unmarked wet floor or been hurt by a member of staff.

They say that ‘where there’s blame, there’s a claim’. But, often, people will claim for issues that never existed.

The ABI, a trade body representing the savings and insurance industries, found that there were 113,000 fraudulent insurance claims in 2017 alone. Those were valued at £1.3 billion. But, the scale of the problem is much bigger. And, in many cases, business owners find that their insurance won’t properly protect them.

People will always push their luck. You can reduce the chance of a fraudulent injury claim by installing CCTV. High quality cameras, watching customers and staff, are a worthwhile investment. If someone claims that they’ve been injured on your property, your best defence is a video to show it didn’t happen.

Unfortunately, most companies will not have such impressive security camera coverage.

If you suspect that someone is making a fraudulent injury claim, then you can hire a private investigator to look for signs that they’re lying.

One engineer, claiming hearing loss caused by work, chose to drop his claim when it was discovered that he played in band in his spare time and was regularly exposed to loud music.  Meanwhile, a man claiming a back injury was caught out when he posted videos online of his gym routines.