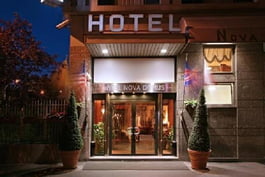 The great holiday fraud, and how businesses can utilise private investigators

This year, thousands of British tourists will travel to Europe and further afield to enjoy a well-earned holiday. For many, it’ll be the one break of the year and you may have invested a fair amount of money to take the whole family abroad.

So it’s understandable that, when someone approaches you outside your hotel and offers a simple way to make some money back, you’d be interested in knowing more. And that’s exactly what’s happening, as people try to convince tourists to make false claims against their hotel, saying that they’ve been the victim of food poisoning.

However, the hotels are hitting back

It’s emerged that some of the hotel chains in Europe have started hiring the services of private investigators both abroad and in the UK. These investigators are putting together evidence packs that show the claims being made aren’t true. Travellers are being counter-sued for making false claims, with one holidaymaker being told to stump up £25,000 in damages. It’s fraudulent behaviour, and could land people in jail.

This is just one example of how private investigators can be used by businesses and not just by individuals. There are many ways in which an investigator could aide a business in need. It may be that you have a debtor that you need tracing, or you might want to learn more about a company or group that you’re going to do business with on a risky venture.

You may suspect an employee or contractor of stealing, and want to employ personal surveillance rather than cameras which could be avoided. It could even be that you use a private investigator when you suspect your business is being investigated, and you want to check you aren’t being bugged.

For more information about evidence gathering and other corporate private investigation services provided by EJM Investigations in Bolton, please call 01772 334 700.