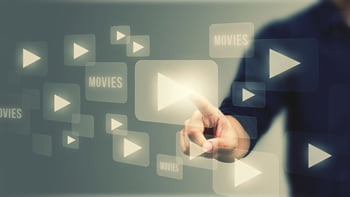 On 9th December, The Pirate Bay website was taken offline following a police raid. This wasn’t the website’s first run-in with the law.

The Pirate Bay, enabling people to download entertainment files including games and software, movies and TV shows, had been online for more than a decade before this raid took place, though its founders were sued in 2009 for copyright infringement following a previous raid in 2006.

Of course, though it’s one of the biggest and most popular, The Pirate Bay isn’t the only website of its kind whose founders have been in court for making copyrighted material available.

UK resident and founder of a website almost as popular as The Pirate Bay, Anton Vickerman has recently been ordered to pay £73,000 for SurftheChannel.com. His website was used to access movies free of charge, often before they were released on DVD.

Two private investigators played significant roles in tracing Vickerman, with one meeting Vickerman’s representative under the pretence of being a potential investor and with the other posing as a prospective house buyer in order to access Vickerman’s home for secret filming.

With information about Vickerman and SurftheChannel.com, and with recorded evidence showing Vickerman’s computer equipment, police had the information that they needed for a raid and arrest.

Private Investigations and the Law

If you need evidence of your own then Preston private investigators from EJM Investigations can ensure that it’s gathered efficiently, legally and discreetly. Call 01772 334 700 for further information.