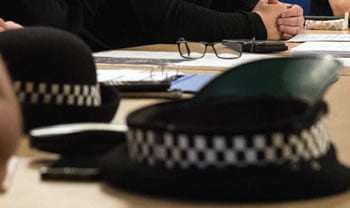 Private Detective: That’s A Job For Ex Coppers Isn’t It?

Like a great many questions the answer is not a simple “yes” or “no”. Truth be told, experience as a police officer can be a great asset to someone embarking on another career, this time as a private investigator. However, as the song says, “It ain’t necessarily so!” It’s really more about the personality of the individual than it is about their past experience.

It is true that years of police service will tend to give a person the kind of inquisitive turn of mind that drives every successful private enquiry agent even if he or she didn’t have it to start with. Police officers don’t have a monopoly on that mindset though. Lots of other people have it as well. Private detectives and police detectives work in very different situations. Let’s look at the definition of a constable, bearing in mind that, irrespective of rank or specialisation, every police officer in Britain, uniformed or detective, is a constable.

“A constable is a citizen, locally appointed but having authority under the Crown for the preservation of life, the protection of property, the maintenance of order, the prevention and detection of crime, and the prosecution of offenders against the Peace.”

Furthermore, every constable has to be sworn in before a Justice of the Peace prior to commencing police duties. This is the oath they swear:

“I do solemnly and sincerely declare and affirm that I will well and truly serve the Queen in the office of constable, with fairness, integrity, diligence and impartiality, upholding fundamental human rights and according equal respect to all people; and that I will, to the best of my power, cause the peace to be kept.”

It’s all about public service, the protection of everybody’s lives and property. The private detective, as the term implies works for and in the interests of the client who engages him or her and pays him or her directly for doing so. A former police officer who becomes a private investigator will find that considerable adjustment will have to be made in the new rôle. It’s not just the allegiance that is different: The police deal with criminal law and don’t get involved in matters of civil law. Much of the work of a private investigator involves civil law. That’s quite a learning curve for our ex bobby!

It’s probably true to say that, given the right training, someone who has never worked in public service, especially, law enforcement and therefore has much less to unlearn, is just as likely to succeed as a private detective as one who comes with years of police service behind them.