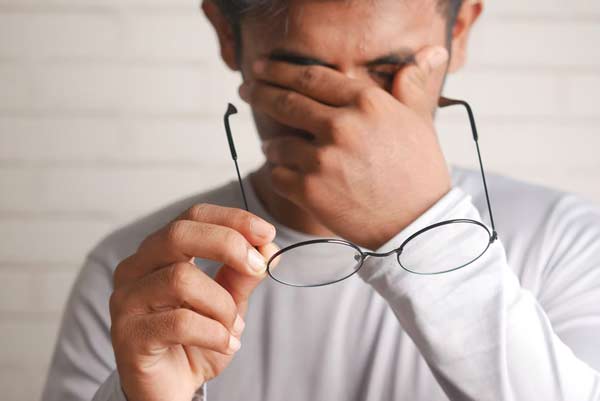 The UK has a lot of odd ‘National Day’s in the calendar. Most of them aren’t official, but they become widely popular due to the impact of social media helping to boost their popularity.

Which brings us to National Sickie Day – a day that falls on the first Monday in February, and was coined back in 2011 after the law firm ELAS carried out some research to determine which was the most popular day in the UK for employees to call in sick.

There are a lot of potential reasons for people to call in sick in early February. These range from the more legitimate – it’s a time of the year when colds and flu are more rampant – to the more dubious. These include people staying up until the early hours watching the Super Bowl (which, until 2022, took place on the first Sunday of the month) or having a hangover after a first weekend drinking following Dry January.

As an employer, it’s important you keep your staff in work as much as possible, but at the same time you have a duty of care to ensure that your employees are safe. In the current world with COVID and all that it entails, how do you manage when you have more employees than ever phoning in to let you know they won’t be working that day? And what do you need to be careful of?

Whenever you’re dealing with employee absence, you need to look at the reason being given to decide how best to handle things. Most illnesses are genuine, but there are a few signs you should be looking for.

COVID – Anyone saying that they’ve tested positive for COVID should be trusted – this isn’t something you want to cast doubt over. Just make sure that you’re up to speed on the procedures for isolation, so that you can work with your employee to get them back to work as soon as it’s safe to do so. Treating COVID lightly, even if your staff are vaccinated, could be dangerous.

Tiredness – Anyone who calls in sick because they are tired is usually falling into one of three camps. There’s a chance they’re faking it – exhaustion is a pretty simple excuse to fall back on. They might be overworking themselves, either for you or by moonlighting for another company. Or there might be something more serious going on, whether that’s personal issues or a mental health concern.

If someone calls in sick due to exhaustion, make sure you speak to them when they are fit to work, and try to find out if they need extra support. Once you rule out personal or mental health issues, you can then firm up in your tone and find out if they’re faking, or if they’ve been working a second job that’s impacting on their role with you.

Food Poisoning – One of the most popular excuses used when people are faking a sickie, often because they assume their employer doesn’t want to get into questions about the details. If it happens once they it’s likely genuine but keep tabs if someone keeps deferring to this excuse.

An employee having a one-off sick day isn’t normally a problem, but repeated absences will soon add up and start making your company less effective.

If you suspect someone might be faking an illness, look over their past record. It’s always worth keeping a log of absences and the reasons for them, so you can notice any patterns. Big companies will usually hold meetings with employees on their return to work, recording a document that details the cause of the absence that can be referred back to in future.

If someone is using the same reason for a sick day on multiple occasions, you need to make sure you sit that employee down and ask them if they need extra help. Either you’ll uncover a problem that the employee has been reluctant to share with you, and see if you need to support them, or if they’re faking you’ll put them on notice, and they will likely realise they won’t be able to keep resorting to the same tactics for a day off.

Long-term sickness can definitely create problems for your team – if a critical role isn’t fulfilled for blocks of time, you could let down customers, or fail to complete projects.

That’s where the team at EJM Investigations could help. We’re able to legally investigate what might be happening with your employee, gathering evidence of any less-than-honest behaviour so that you’re able to take the appropriate action.

These are all very serious, and need to be looked at by experts. Our team are experts in being discreet with our enquiries. If someone is genuinely unwell then they will never know that they were being investigated due to our actions. And if they are pulling a sickie, we’ll gather plenty of evidence that you can confront them with.

The last thing we want to do is make it sound like no employees ever get sick. Indeed, the top reason for people ‘pulling a sickie’ is because they need a mental health day – and is that really a sickie? A lot of people would consider that a perfectly genuine and valid reason to take a day off. But, there are always employees who are absent a few too many times, pushing boundaries and the limits of what is believable. And if you need help preventing them from causing your business issues, give our team a call on 01772 334700.