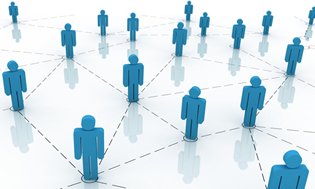 Investigation: the importance of networks

This topic may be a difficult one to read about, and to think about. But, there’s a lesson within. It’s a lesson that can help with investigations of every type and size.

Recently, you’ll have been following news of UK terror attacks. You’ll also have noticed what happens in the days that follow the attack. Raids. Arrests. Mentions of the terrorist’s ‘network’.

No man is an island. We all have a network. Friends, family members and acquaintances. In almost every investigation, someone’s network is a valuable source of information.

When a relative is missing, who knows if the key to their whereabouts can be found in a school friend from decades ago? What if the lifeguard at the local swimming pool was the last person to see them and had overheard where they were planning to go? When someone is missing, we first reach out to their loved ones and closest friends. But a network spreads so much further, and anyone could hold the crucial clue.

What can we do with a network?

Anthropologist Robin Dunbar has claimed that the average person has 150 connections.

On Facebook, our friends lists can spread our network even further. We many not speak to many of the people that we connect with on social media, but we’re almost certainly getting little glimpses of their lives and their activities.

In any investigation, that means that there are likely to be 150 people that may have useful information. Most people doing their own investigation will only be scratching the surface.

Private investigators have the time and resources to delve into an individual’s network, to find clues if they’re missing or to learn about their behaviours and habits. These details may be crucial, whether you’re looking for signs of an affair or running background checks for a business.

Being aware of your own network

Of course, almost any other investigation will seem like nothing in comparison to the significance and size of action against a terrorist threat.

We can use networks in our investigations, but would also urge everyone else to consider who they have in theirs.

When many of us have at least 150 connections, and probably many more on Facebook and Twitter, we’re collecting a lot of important information. Often, we don’t even realise how much we’re taking on board.

Who do you really know, what do you know about them, and who might this information be useful to?

Always be aware of the people in your life – the network all around you, and their networks all around them. We all have a responsibility to take notice, in case a quick conversation that seems like nothing could be of the utmost importance. And if you have any concerns about anyone in your network, never be afraid to reach out.