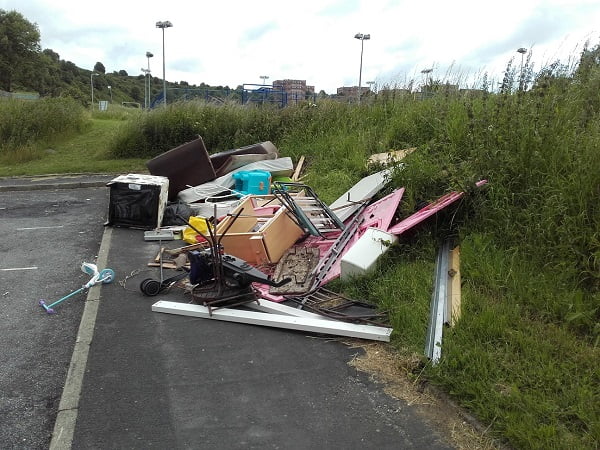 It may not feature in the casebooks of the likes of Magnum PI or Hercule Poirot, but in real life private investigators can and do help track down fly tippers for their clients. Fly tipping is a serious problem which usually calls for patient surveillance and meticulous sifting of evidence: Both are tasks to which private detective agencies like EJM Investigations of Preston bring long experience and a high level of training.

Any land, whether it be an industrial site, a farm, or just a small area of land waiting to be used, is vulnerable to these environmental vandals. One might expect that private investigators would be likely to be called in where the site is in private or corporate ownership but what about public land?

Council highways departments up and down the country are plagued with fly tipping on roadside verges especially in quiet country lanes and urban alleyways are not immune either. Parks and Gardens departments of town and city authorities often have a real problem with this reprehensible behaviour.

The number of fly tipping incidents recorded in England alone increased from 714,637 in 2012/13 to 997,553 in 2017/18 an increase of approximately 40% in just 6 years! Why does this problem continue to grow?  It may have something to do with the fact that the proper disposal of commercial waste carries a direct cost to whoever needs to get rid of it. There are small operators in every area of Britain who will take away commercial waste, charging a fee to cover the cost of disposal and obviously, a margin of profit for themselves. No doubt most of them are honest, responsible traders who take the rubbish to the appropriate disposal site and that’s fine. However, there are those, probably unlicensed, who will charge their customer a bit less and then simply take the load to a quiet spot they know, usually after dark, tip it there and drive away quickly.

If it’s on publically owned land the local authority will then be faced with task of cleaning up the mess at public expense. Now we all know that over recent years our local councils have been given more and more responsibilities with reduced financial support from Central Government whilst being under pressure to keep Council Tax and Business Rates down. Most have found it to be more cost effective to outsource some of their services, rather than keeping everything in-house.

The surveillance and investigation of fly tipping is an ideal task for outsourcing but who can a cash-strapped local authority call upon to carry it out? Why, private investigators of course! Their investigative skills and experience plus their networks of contacts enable them to track down the offenders and present to the council the evidence needed to support prosecutions. The rôle of private detective has many facets; Environmental protection is just one of them.