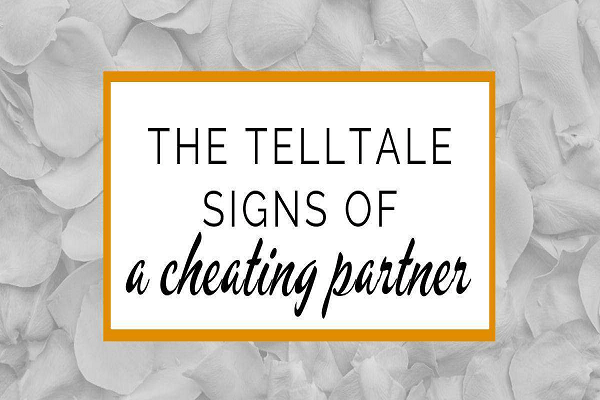 10 Signs of Infidelity in Your Partner

At EJM Investigations, one of the services that we provide to the general public is investigation into a partner’s behaviour, usually because the hiring client suspects that they may be being unfaithful.

However, we always recommend caution, because hiring a private investigator is a serious step to take. We would never want to take advantage of anyone that is worrying over nothing, and will always try to investigate cases where it sounds like there may be something to find.

With that in mind, don’t always assume the worst about your partner, and instead look out for some of these tell-tale signs. If they exhibit a couple of these, then maybe there is something more that you need our help with.

Spending more time out of the house

It’s an obvious one, but your partner can likely only cheat on you if they’re spending more time away from your home (unless they’re keeping it to times when you’re at work yourself). Expect excuses such as last-minute projects at work, or new hobbies that have never seemed to interest them before.

Have changed their attitude, for better or worse

When a partner is cheating, their attitude will generally change. Now that’s not always in the same direction. Sometimes they may be quite negative to you – they start to pick fault in your character, or they just seem more moody when they’re spending time with you. But they could also instead ramp up the positivity. Start bringing you small gifts, or complimenting you more. If it seems unusual, treat it with skepticism, as it could be them covering for their own guilt.

A cheating partner is often likely to start putting more effort into their day-to-day appearance. Either they’re trying to impress the person they’re cheating with, or they’ve just had a confidence boost due to their ego being massaged by ‘successfully’ getting away with cheating, or just drawing interest from another person.

While a cheating partner can sometimes start instigating more intimacy at home (in a bid to cover their tracks), usually they will have a reduced libido and will take less physical interest in their partner, while their needs are being met elsewhere.

If you’ve noticed that your partner seems less interested in sex, or even just physical contact through hugs or kisses, then it could be a sign that they’re cheating. It may be other things too – stress can play a part, which would back up a claim of long hours at work – so don’t instantly see this as a huge red flag.

It’s very rare for a partner to cheat on someone without regularly communicating with the other person. Emotional cheating is, to many, just as bad as physical cheating, and a lot of people will sext or just flirt inappropriately with someone else. Look for signs that your partner isn’t leaving their phone around, or if they’re using it they’re clearly angling the screen away from you.

Similar to the phone issue, cheating partners will sometimes spend time online chatting to their partner or emailing them to make arrangements. It’s less of an issue now since they will likely just use an instant messenger like WhatsApp to contact them, but if they are deleting their history then you may see that as a suspicious sign.

Noticed some unusual dips in your joint bank account? Or your partner isn’t spending as much money on their own usual hobbies as they normally would? Consider whether they’re actually using their money to lavish the other person with gifts, or if they’re spending it on hotels where they can meet up. If you have a joint account, keep close tabs on what’s going in and out. And if you bank separately, just try to look out for any changes in their spending patterns.

They accuse you of cheating, or similar

A partner that is cheating on you likely feels some level of guilt. If they don’t, then they probably want to throw you off the scent anyway. So don’t be surprised if they take some little changes in your own behaviour and try to accuse you of cheating on them.

They’ll no doubt act extremely upset, or incredulous, as a way of showing that they would never be the one to cheat because they understand how serious it is. It’s a risky tactic on their behalf but it’s absolutely been used multiple times before.

Sometimes, the sad reality of a cheating partner is they may just seem less interested in you. When before they would ask how your day had been, maybe they don’t do it anymore. Maybe they do ask questions, but seem distracted when you answer. Or they forget things you’ve told them, or even forget major events like your anniversary or birthday.

The opposite can also be true and be a clear sign of cheating. Is your partner now asking a lot more questions about what you’ve been up to? Are they on the hunt for information about what you’ve got planned for the week ahead? It could just be putting in the extra effort to make things seem better than they are, or they could just be trying to find out when you’ll be busy, so that they can cheat easier.

It’s really important to not panic if you read this list and think your partner is showing some of these behaviours. Last-minute projects at work are a real thing, and sometimes require extra effort. They might be hiding their phone because they’re planning a surprise for you. But you know them, and you’ll know when something doesn’t feel right.

If you need help finding out the truth, then get in touch with our team at EJM Investigations. Learn more about our surveillance services here or give us a call on 01772 334700.