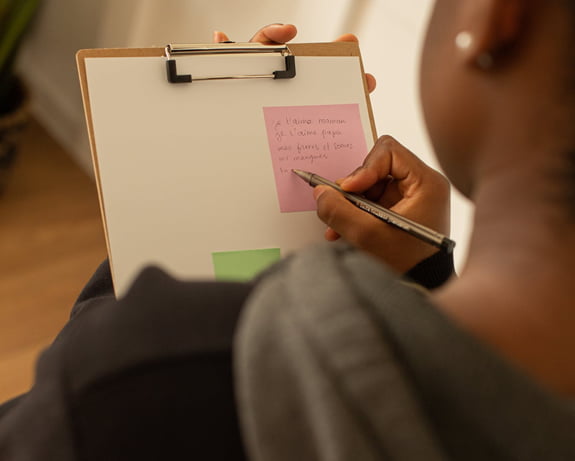 Where does a private investigator get their information?

The work of a private investigator is rarely as glamorous as the movies or TV shows make out, but it is effective. A good private investigator has a number of methods of gathering information and evidence depending on the type of work they’re carrying out, many of which can involve hours of careful research or hard work.

So, here’s a breakdown of some of the main methods used by a PI to collect information on someone. There are more too, but these account for much of the work we carry out at EJM Investigations.

Think of a private investigator and you’ll likely picture someone staking out a location or sneakily following someone to track their behaviour, and take some photos from an obscenely long-lensed camera.

And, to an extent, this is sort of true. It’s not all trench coats and dark-brimmed hats of course, but a lot of the work that a PI does will involve some form of surveillance. It may be subtly following a person whose fiancé believes is cheating on them, to see where they are going when they claim to be working late.

Or it might be watching a local fly-tipping hotspot on a job for the council, waiting to catch an offender in the act and taking photos of their license plate and what they’ve dumped, so that the authorities can track them down and punish them with a fine.

One thing that’s key to point out is that a lot of pop culture makes surveillance out to be a job that can take hours or even days, and that might seem daunting or off-putting if you’re trying to budget for a PI’s services.

But you should know that at EJM Investigations, we won’t crank up your bill with unnecessary work. We’ll always plan carefully to keep our surveillance times down to an absolute minimum, so you only pay for what you need to get the evidence you’re looking for.

Sometimes, surveillance just isn’t enough to get the information needed. While uncommon, we may at times suggest undercover work as a solution to finding out more.

Undercover work is a sensitive subject, because it requires acting and subtle recording in a manner that is legal. Often, evidence gathered through undercover work can’t be used in court because there are laws around recording someone without them being made aware.

Undercover work instead acts as a gateway – confirming a suspicion for example that can then be corroborated through further evidence. A good example would be moonlighting – we could go undercover to contact an employee as a potential ‘client’, and if they did try to work for us in a way that contravened their contract with you we could report back and then make a plan on gathering evidence that you’re allowed to use in an HR case.

Not all forms of surveillance are carried out in person. Often, the job of a PI is to provide the technology necessary to track someone through GPS (and, of course, to plant the tracker in the first place).

If you have a high value vehicle that you need to monitor, or you suspect your partner is cheating, adding a GPS tracker to the car can then yield a lot of data on where it is being driven. Again, this can sometimes be used as a first step before further info – if your husband’s car keeps visiting a certain hotel, we may then suggest in-person surveillance of the hotel to find out who it is they are meeting with.

A lot of the work carried out by a contemporary private investigator is done online. There are so many different ways of learning about a person based on their digital footprint that it’s a little scary.

Social media is the obvious starting point, with even older profiles that may seem to be defunct often providing a wealth of information about somebody, particularly if they’re carefree about their data or like to show off by posting photos and videos, or even tagging themselves in locations to announce to the world where they have been.

Beyond social media there are all kinds of websites that hold information about a person or a business. Finding someone, or learning who owns a corporation, can often be done fairly quickly. Of course, if someone is trying to avoid being found and they’re particularly tech-savvy then it can be more difficult, but as a private investigation agency that prides ourselves on our work we are always maintaining our own tech skills and exploring new ways of using the internet to carry out research.

A little more old-fashioned and certainly not glamorous, using public records to find out information about someone’s background is often fruitful. However, not all records have been digitalized yet and so some of this work will be manual.

For that reason, we only do it where absolutely necessary – because we don’t want to waste your money and time spending hours sifting through paper records. We’ll always find the fastest and most effective solution, and of course we would never carry out a public records search without speaking to you first and getting your approval.

As we said above, these are just some of the options available to us in our work. We carry out a huge number of tasks, including tracing missing persons, process serving, background checks and more. Each of those tasks has specific requirements for information, and how we gather it.

To reiterate, we will always work at our most efficient to meet your needs. That means beginning any work with conversations about your exact requirements, and planning to ensure that we don’t waste hours unnecessarily just to bump up your bill.

If you want to work with a trustworthy private investigator agency that is considerate of your budget, without compromising on results, give us a call on 01772 334700.