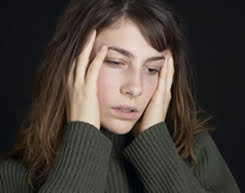 Can a private detective help a stalking victim?

Stalking is defined as a course of action, by way of persistent or unwanted attention by a person or group against another. Sometimes the offender will be known to the victim whilst other times the victim will have no idea who the offender is.

There are 2 main ways that a private investigator may assist a stalking victim. The first is to identify the stalker. It may be that a period of counter surveillance is required. A trained private detective will be able to follow the victim, and identify any other persons doing the same. Or it may be that a period of surveillance is required on the victim’s home or workplace to identify unknown visitors. Any person of interest would then be followed back to their home address and identified.

The second way is in the gathering of evidence. Private detectives often have many years of experience in gathering evidence for both criminal and civil matters.  They would be able to assist a victim of stalking by helping them to set up a diary of incidents. Evidence presented and recorded in the correct way has much greater value in a court of law. A private investigator may also be able to build evidence against the stalker by conducting surveillance against them. Pictures and video evidence discreetly obtained would be able to show an ongoing course of behaviour that is directed toward a victim. This could be something as simple as photographs showing the stalker in the vicinity of the victim’s home or work on a regular basis. It could be video of the stalker causing criminal damage, or leaving gifts for the victim.

Once evidence is gathered a private investigator can then liaise with the police to present the evidence and get action taken against the stalker.

Should you feel you may be a victim of stalking and wish to instruct a Private detective to assist then you can contact EJM Investigations for a free consultation on 01772 334700.

10 ways to deal with a stalker